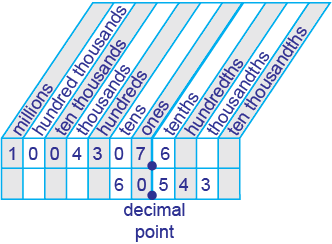 You can use the Experiment strategy as a way to recall place value. Each place value is 10 times the value to its right.

The GRE can give puzzle problems. Use the strategy of reading the entire question before you start.