What’s wrong with the following sentence?

Finally thinking clearly, the book was able to be understood by Rebecca.

The meaning of the sentence seems clear enough: Rebecca finally understood the book after she started thinking clearly.

But what does the sentence actually say? If you look closely, you’ll see that the introductory phrase actually refers to “the book,” not “Rebecca.”

This construction makes it seem as if the book were thinking clearly. What went wrong?

Modifiers can be groups of words – known as adjectival or adverbial phrases or clauses – that describe another part of the sentence. Like adjectives and adverbs, these multiple-word modifiers must be placed as close as possible to the word or group of words they’re modifying.

Modifiers that fail to observe this rule are called misplaced modifiers.

Even though the modifier is followed immediately by “the book,” we might very easily assume that because a book can’t think, we can overlook its placement in the sentence as the phrase “Finally thinking clearly” must refer to “Rebecca.” However, according to the rules of English grammar, a modifier must always be placed as close as possible to the word it’s modifying.

Upon arriving at the train station, his friends greeted Jay and took him immediately to his speaking engagement in Springfield.

Take a closer look: let’s break it down and check to make sure that the modifiers are placed where they belong.

First find the modifying phrase: look for a descriptive group of words set off by a comma or commas. Here, we have one phrase that looks like that: Upon arriving at the train station. After identifying the modifier, the next step is to figure out which word(s) it should be modifying, and which word(s) it actually is modifying. Because the modifier is right next to the phrase his friends, it sounds like Jay’s friends are arriving, rather than Jay himself. We want Jay to be arriving at the station.

To correct the error, move the noun so that it sits right next to the phrase that modifies it. Sometimes this requires making other small modifications to the sentence, such as changing the form of the verb:

Upon arriving at the train station, Jay was greeted by his friends, who immediately took him …

Note the other small modifications that were needed to keep the sentence clear and grammatical: changing the verb form from active to passive and inserting the pronoun “who,” etc.

Incorrect: Upon arriving at the train station, his friends greeted Jay and took him immediately to his speaking engagement in Springfield.

Correct: Upon arriving at the train station, Jay was greeted by his friends, who immediately took him to his speaking engagement in Springfield. 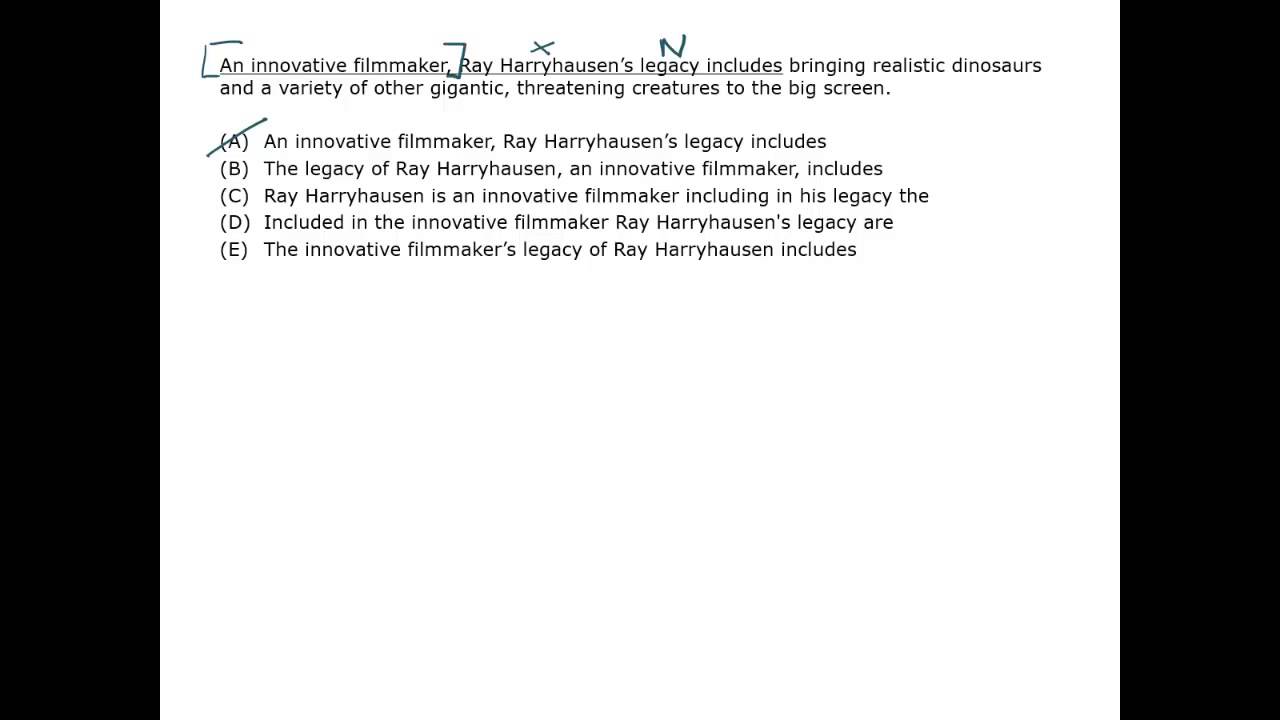 Descriptive phrases are not always set off by commas. These pronouns often indicate modifying phrases:

In addition to helping you identify modifying phrases, these pronouns can be helpful when you’re trying to fix an awkwardly worded sentence

All four versions are grammatically correct, but the pronoun helps to clarify the sentence. This is especially important when two or more nouns precede the modifying phrase.

The words “only” and “almost” are often misplaced in GMAT sentences.

Its is the possessive of it, and it’s is the contraction of it and is.

The dog licked its paw.
It’s about to rain. 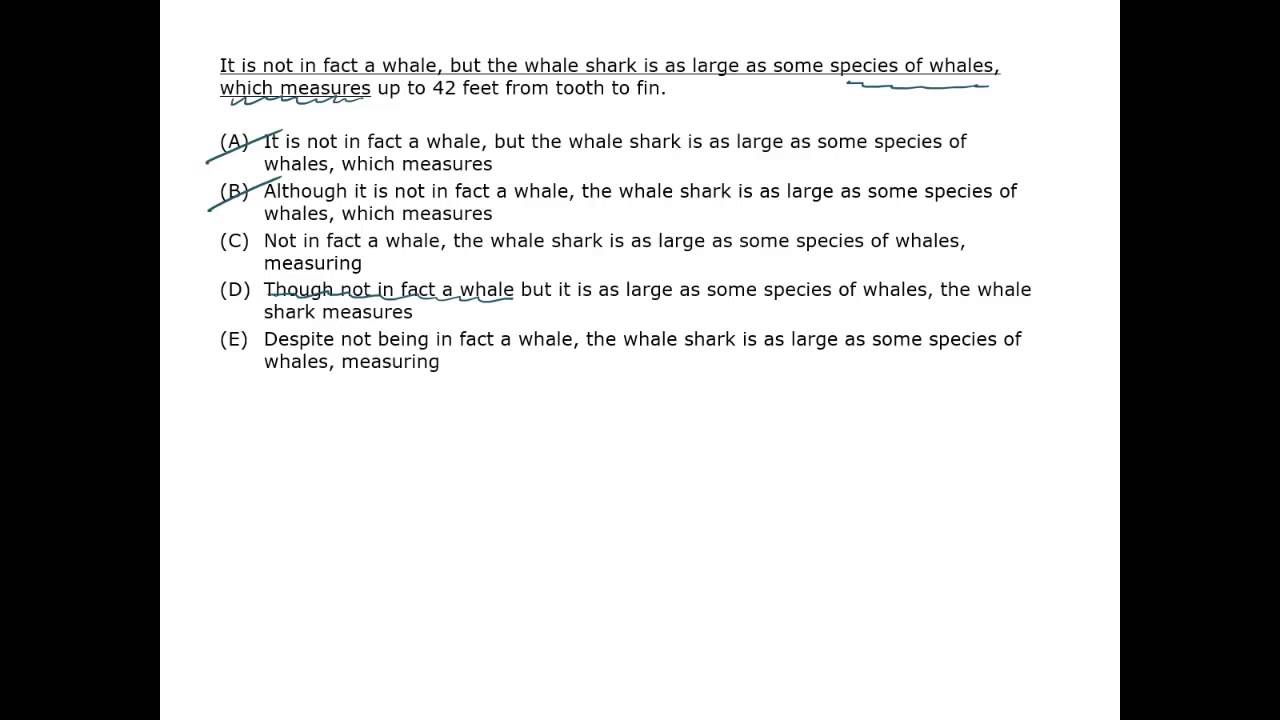