Relative pronouns introduce modifying phrases, so you must be on the lookout for misplaced modifiers. If the meaning of the sentence is unclear, the pronoun may be next to the wrong noun/pronoun antecedent. Consider the following sentence:

Incorrect: John was met at the door by a strange man, which he, being afraid, opened slowly.

This sentence is definitely confusing, but its meaning can be clarified by adjusting the placement of the nouns in the sentence. The relative pronoun must be right next to its antecedent:

Correct: John was met by a strange man at the door, which he opened slowly out of fear.

It’s now clear what John is opening – the door, not the man. Note that the non-essential clause beginning with which is set off from the rest of the sentence with a comma.

When working with relative pronouns, check to see that:

A Summary of How to Recognize Pronoun Errors 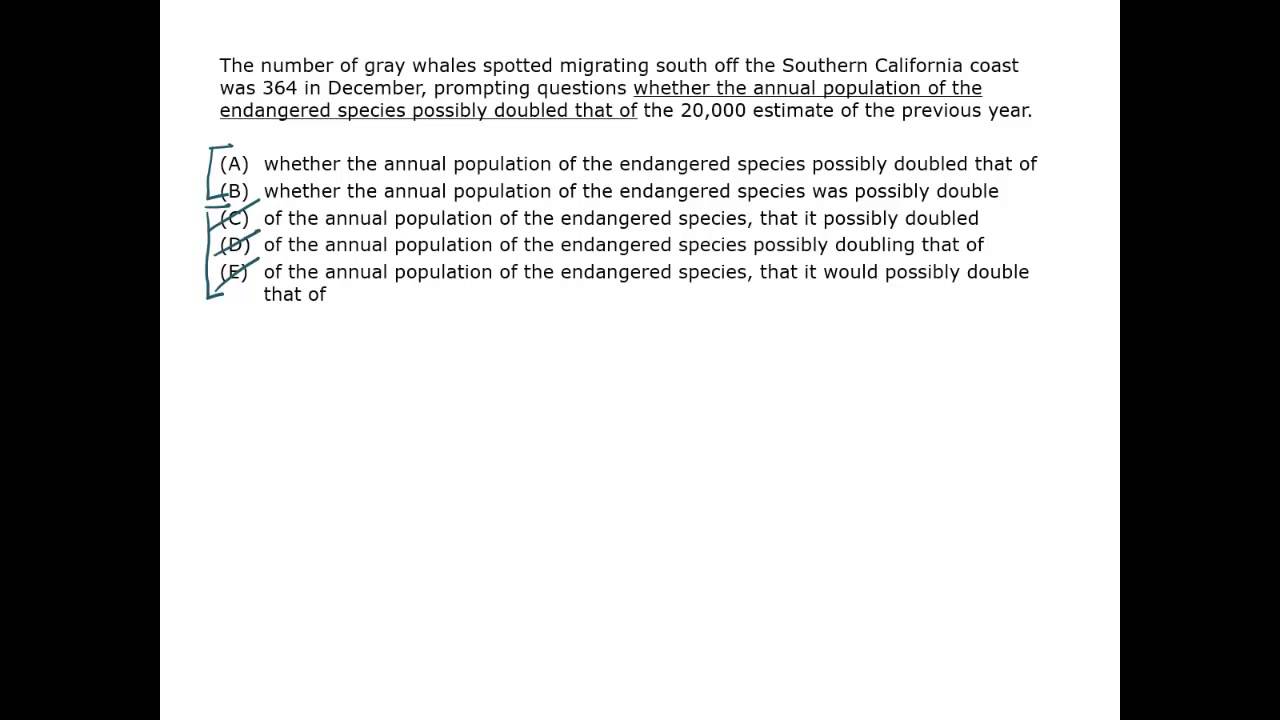 What GMAT score would you get? Take a free diagnostic GMAT with videos and tutor support.
Take a Free GMAT
SAMPLE QUESTIONS →