Pronouns also act like nouns in the realm of verb agreement. When you check for subject-verb agreement, you must see if the noun and verb match in terms of number: they both must be either singular or plural. Similarly, when a pronoun is the subject of the sentence, it must agree with the main verb in number.

Other pronouns are either always singular or always plural:

These pronouns are always singular:

These pronouns are always plural:

When a pronoun is the subject of the sentence, you must check to see that it agrees with the main verb in number. This means that you must be able to recognize the singular and plural forms of each pronoun on sight.

Everyone on the project (has / have) to come to the meeting.

There is only one pronoun in this sentence: Everyone. It is acting as the subject of the sentence, so we must check for agreement with the main verb, have to come.

Referring to the chart above, you see that the pronoun everyone is singular. But the verb have is plural! We need the singular form of the verb: has to come.

Let’s try another one:

Many have tried, but few people (has / have) been able to solve the puzzle.

This sentence contains two pronouns, Many (subject of the first clause) and few (subject of the second clause). Each of these pronouns is considered a plural pronoun, so each must have a plural verb have.

Sometimes, you will see a compound subject where one subject is a noun and the other is a pronoun. In these cases, the verb must agree in number with whichever subject is closer to it. Consider the following sentence:

Neither he nor his bodyguards (we / were) there.

Here, there are two subjects, he and his bodyguards, joined by the correlative conjunction “Neither…nor.” As covered in an earlier section of this chapter, the constructions “either… or” and “neither… nor” require the verb to agree with the subject that is closer to it. The verb must agree with the plural noun bodyguards, so the plural verb were is correct.

But what if the situation were reversed as in the following sentence?

Neither his bodyguards nor he (were / was) there.

Here, the singular pronoun he is closer to the verb, so the verb also needs to be singular: was.

In both cases, the sentence is correct when the verb agrees with the subject – whether noun or pronoun – that is closest to it.

1. Identify any subject pronouns in the sentence. Look out for compound subjects and pronouns that are always singular or always plural.

2. Identify the main verb. Is it singular or plural?

3. Check to see that the pronoun matches the main verb in number: singular with singular, plural with plural. For compound subjects, the verb should match the subject that is closer to it. If necessary, correct the error. 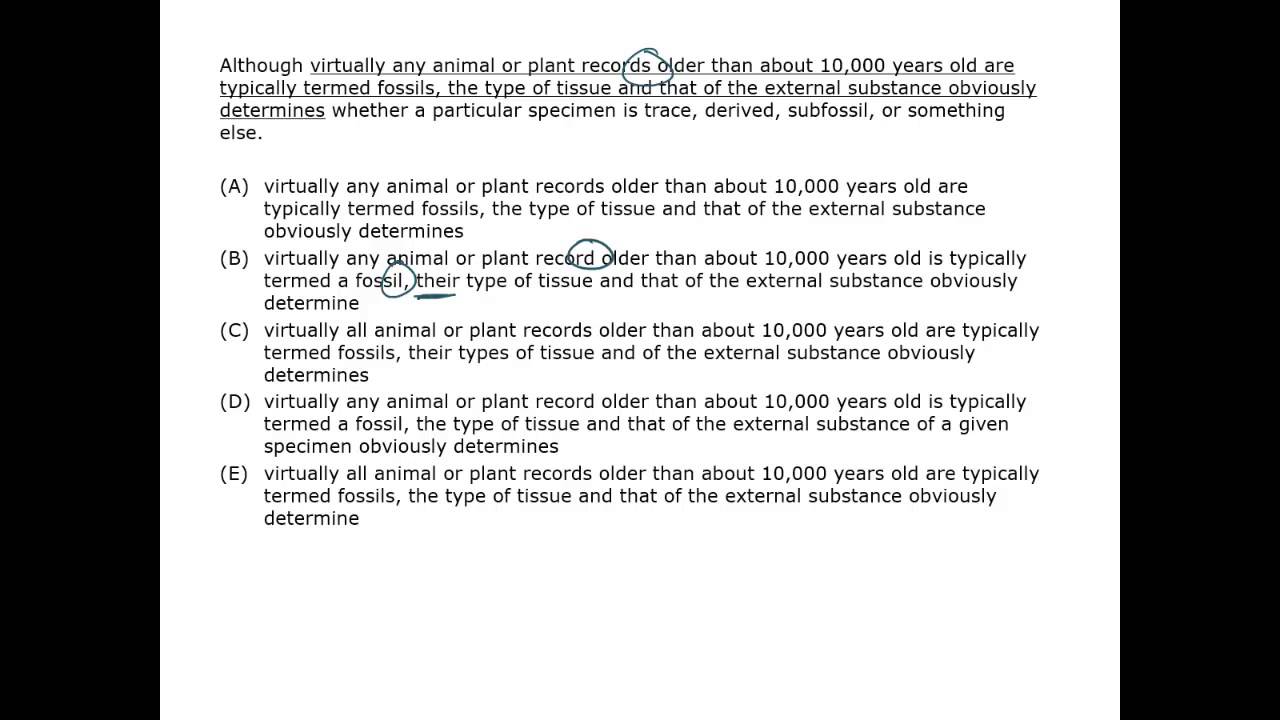 What GMAT score would you get? Take a free diagnostic GMAT with videos and tutor support.
Take a Free GMAT
POSSESSIVE PRONOUNS →