On the GRE, you must be able to identify any assumptions, or gaps, between the evidence and the conclusion. There are two types of Assumptions: Sufficient Assumptions and Necessary Assumptions. These questions typically ask you to identify the flaw and fix it. So, these are often like the Strengthening/Weakening questions we just discussed.

Necessary Assumption questions have stems phrased in the following ways: 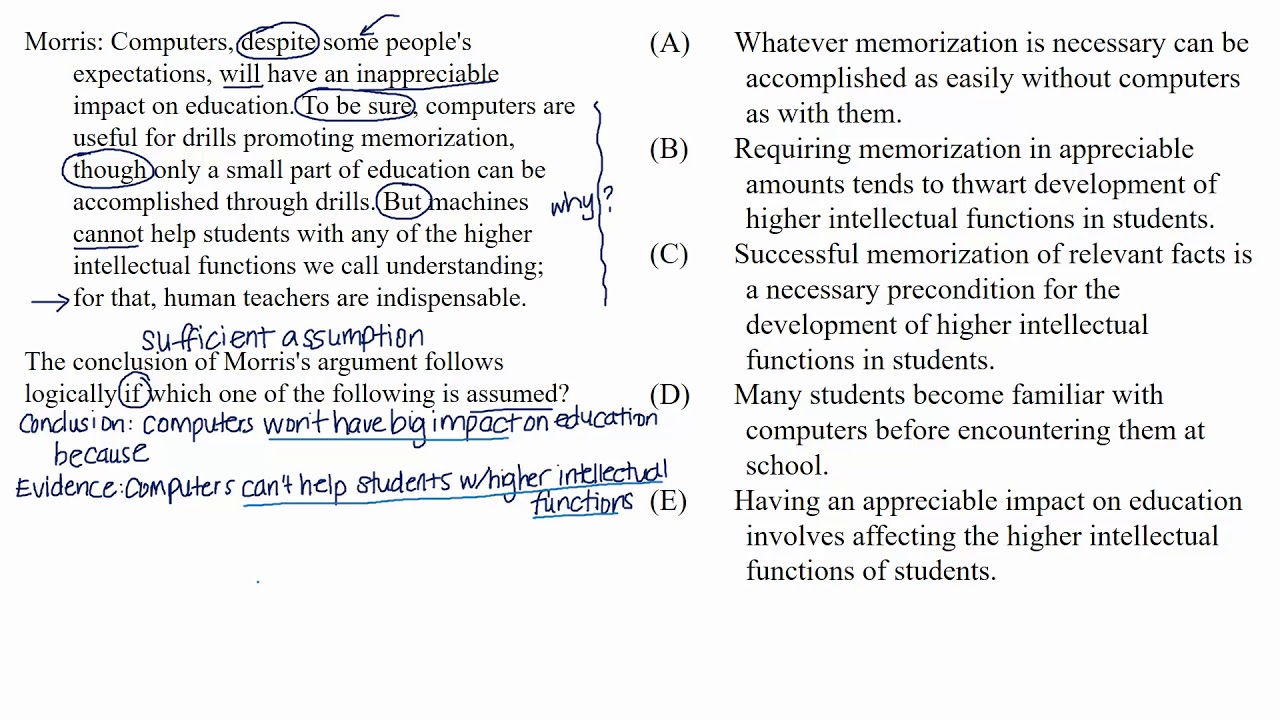