Everything in the argument that isn’t some type of conclusion can be classified as evidence. Evidence is important to identify because on the SAT it is always true. You will never get a correct answer by negating, arguing with, or contradicting the premises of the stimulus.

The conclusion, on the other hand, may be more or less plausible based on the evidence given. Its validity depends completely on how well it is supported by the evidence. You may be asked to identify the conclusion, strengthen it, weaken it, identify why the reasoning in the argument is flawed, or find an answer choice with parallel reasoning to the stimulus. More detailed information on VR question types can be found later in this chapter. 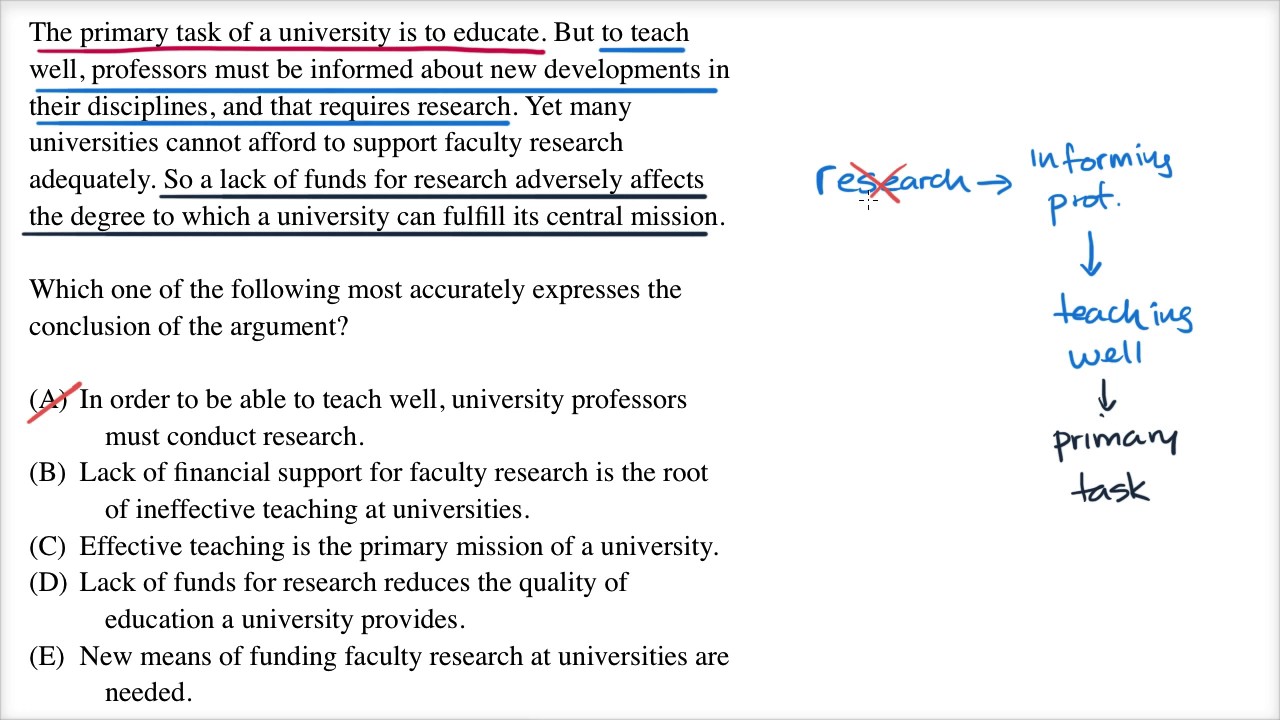 What SAT score would you get? Take a free diagnostic SAT with videos and tutor support.
Free Sample SAT
PREMISES →