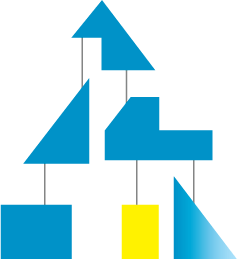 Wouldn’t it be easier if SAT essays had a title? If they did, you would have a good idea from the start what the main point of the essay would be. The writers of the SAT purposefully exclude the title so that it is up to you to decipher the essay and its main idea.

We use Big Idea just to differentiate paragraph Main Ideas from passage-wide Big Ideas. However, everywhere else and on the SAT, main idea will typically refer to the passage.

Most of the SAT questions aren’t about details. Instead, the tone, scope, and implications of the Big Idea usually hold the key to answering more than half the questions on a given passage.

In nearly all SAT passages, the author will make an argument of some form. Don’t expect the Big Idea of a passage to be a detail issue like “World War I was fought from 1914 to 1918.” Instead, it’s going to be a subjective argument (often controversial) like “World War I was extended by Britain’s needless and poorly executed intervention.”

Passages on the SAT are relatively short. Therefore, the answer to a Main Idea question cannot be too general or too specific. Main Ideas tend toward medium focus. If stuck, eliminate the options that are at the extremes of specificity: either very general or very detailed. This may leave you with one – probably, the right – answer; even if it leaves you with more than one, you have still improved your chances of guessing correctly.

Choice (A) sounds very main idea-ish: note the balance of detailed (Native Americans of Wichita) and general (rich cultural history) description. Choice (E) is a bit less general, but could very well be the Main Idea of a different sort of passage. They are both of adequate focus for an SAT essay, but by this process of elimination, you have improved your chances of choosing the correct answer from 1 in 5 to 50/50.

Look at the Questions for the Big Idea
If, as we have said, many Macro questions revolve around the Big Idea, then isn’t it possible to get clues about the Main Idea from the questions themselves? If all fails, look at the questions to get a clue about what the SAT considers important in the essay. In addition, as you get to the second and third question, this will help tighten your understanding of the essay.

What SAT score would you get? Take a free diagnostic SAT with video explanations and tutor support.
Free Sample SAT
5. DETERMINE PURPOSE →