The GMAT rarely asks questions that are simple and straightforward. Expect problems that require you to convert complex written statements into variables and equations. The most effective strategy for solving a word problem is to express the question as an equation or relationship where x, or some other letter, represents the quantity that you need to find.

The key is to calmly translate the words into manageable equations. Often each sentence requires a new equation.

Know the common words for mathematical actions and relationships. For example, the words that translate to the equals sign include “is,” “was” and “equals.”

A function ƒ(x) describes a relationship between one or more inputs and one output. On the GMAT, you can simply think of a function as an instruction for how to treat a particular variable or expression.

You can combine functions using any operation.

Another way of combining functions is with a composite function. This means the functions are nested, so you apply one function to find a value, then apply a second function to that value.

It is important to follow the order of operations, doing the inside function first, then the outside function.

On some questions, the functions won’t use the standard ƒ(x) or g(x) format. Instead, they will use symbols, including #, & and ♣. The symbols can be confusing, but just treat them the same as any other function.

A sequence is an ordered list of numbers. Each number contained in a sequence is called a term.

A sequence is defined by an equation or rule. The key to solving sequence problems is to determine the relationship between the terms.

There is a common set of variables used in the equation or rule for a sequence:

In an arithmetic sequence the difference between consecutive terms is constant. You add (or subtract) the same amount to go from one term to the next.

A series is the sum of the terms in a sequence. The sum of an arithmetic sequence is the mean of the first and last terms multiplied by the number of terms.

In a geometric sequence the ratio between consecutive terms is constant. You multiply by the same number to go from one term to the next.

Sum of a Sequence

The formula for the sum of a sequence has two pieces:

A percent is a fraction whose denominator is 100. A percentage is used to compare values. It can describe the relationship of a part to a whole, or it can describe a magnitude of change.

Percentages can be used to describe the magnitude of change. To find the percentage of change, you compare the new amount to the original amount.

The formula for calculating simple interest is:

The formula for calculating compound interest is:

This formula gives the value of the account A, not the interest earned. The new component is n, which is how often the interest is paid or compounded per year.

On the GMAT, you may encounter a question where it seems like compound interest would take too long to calculate. By looking at the answer choices you can determine if an estimate will work.

A ratio is used to compare two quantities.

The ratio of numbers a and b can be expressed as:

A proportion states that two ratios are equal.

A proportion comparing two ratios can be expressed as:

You can solve for any term in a proportion: a, b, c or d.

Two quantities are inversely proportional if one decreases when the other increases. One value is equal to a constant divided by the other

The distance d that an object will travel is equal to its rate r times its time t.

When setting up an equation, make sure that the units match.

The most common methods for solving motion problems are to use a system of equations or to use a proportion.

The amount of work W, accomplished in time T, depends on the rate R, at which the work is done. This relationship is described by the equation:

A set is a group of distinct objects, called elements or members. Sets are used to look at the descriptions and interactions of the elements.

Elements are typically listed in {brackets}. The best way to visualize a set is with a Venn diagram. Use overlapping circles to organize the elements of a set.

Counting problems are one type of set questions. These questions can ask about the number of elements in the set or subsets.

Using sets as the basis for questions about probability, averages, and combinations/permutations is a second type of GMAT question that uses sets.

Range questions also refer to the elements in a set. When a question asks for a possible range, be sure to check both the lowest and highest possible values.

Data interpretation involves computing and approximating numerical values based on tables and graphs. GMAT questions go beyond just reading the data, requiring you to calculate averages or compare changes, for example. This type of question is usually in the Problem Solving format, and can appear in sets of 2 to 3 questions.

Tables give values that are organized but not represented visually. You may graph the data from the table to make comparisons and see trends. You may create a table from a graph to make calculations easier.

Circle graphs represent values as “slices of pie.” Each part is labeled with a fraction or a percent, with the values adding to 1 or 100%.

Bar graphs can be used to compare non-number categories by showing the number of times each category occurs.

Bar graphs can show more than one set of values for each category.

A histogram is very similar to a bar graph, but has no spaces between the bars. The main difference is that histograms use continuous grouped data to show frequency trends.

One type of line graph is a broken line graph. Segments are used to join the values but the graph has multiple slopes.

An average is a number used to describe a set of data. Averages give a measure of the “middle” of a set.

The most common averages are the arithmetic mean, the median and the mode. The mean is often thought of as the average, but the terms are not interchangeable. The GMAT uses the term arithmetic mean instead of average to be more precise.

The arithmetic mean is the sum of a set of numbers divided by the number of elements in the set.

The mode is the most frequently occurring number in a set of data. There can be more than one mode.

The range isn’t an average. It describes the spread or dispersion of a data set. The range is the difference between the largest and smallest values.

Every set of numbers has a mean, median and range. These three values can be used to compare data by seeing how much the numbers differ. 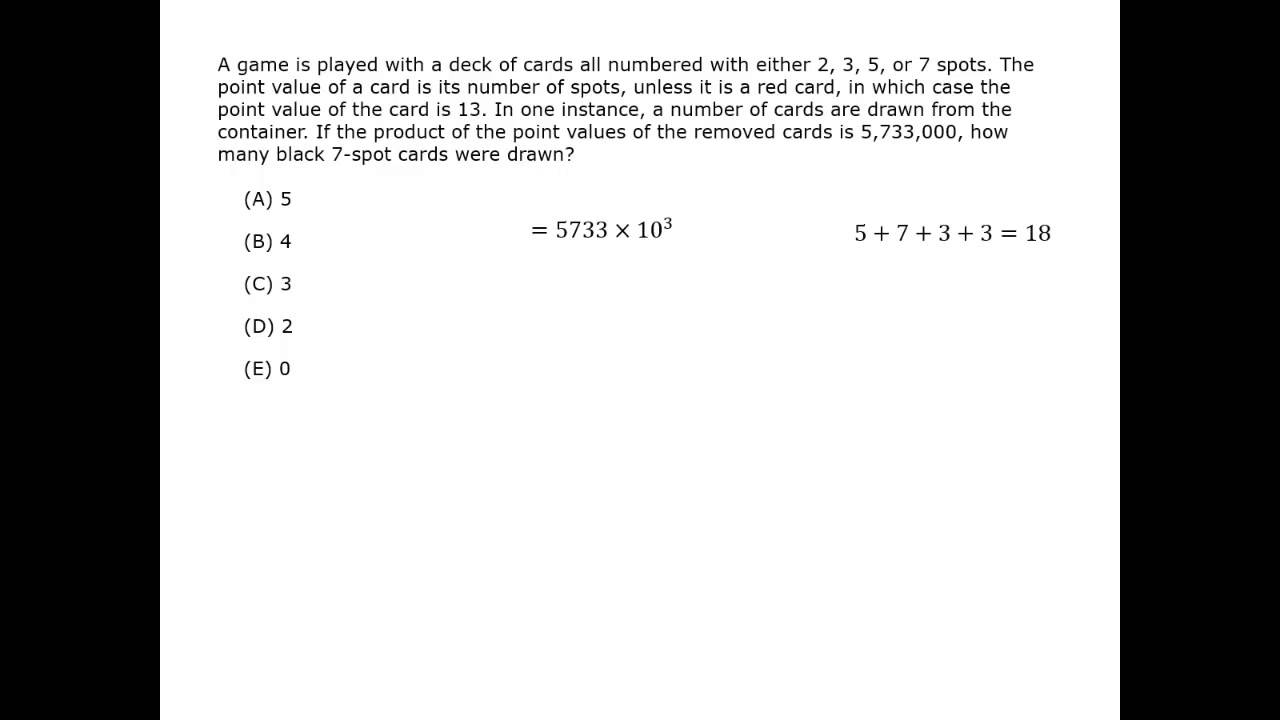