The probability of an event is a number between 0 and 1 that describes the likelihood that the event will occur. Events can also be called outcomes or possibilities.

A class has 17 girls and 17 boys. If a student is called at random, what is the probability it will be a girl?

There are 34 possible outcomes. The desired outcome is a girl being called.

Apply that to the sample of rolling a 5.

800score Technique: The Bottom and the Top

Probability is often seen as a very difficult part of the GMAT, but by logically applying one simple fraction you can make probability much easier. Start with probability in its most basic form.

You have a fair six-sided die. If you roll it once, what is the probability you roll a 5?

There are 6 sides to the die, and each is equally likely to come up. So there are 6 possible outcomes, and rolling a 5 is the one that you want. Therefore, there is a 1 in 6 probability that the 5 will come up. (Note: die is the singular of dice.)

A fruit basket has 10 apples, 8 oranges and 6 pears. What is the probability of randomly picking an orange?

There are 24 possible outcomes. An orange is wanted.

A bag contains 3 white marbles, 2 blue marbles and 5 red marbles. What is the percent probability of drawing a white marble from the bag?

There are a total of 10 marbles in the bag.

Example – Selecting marbles from a bag 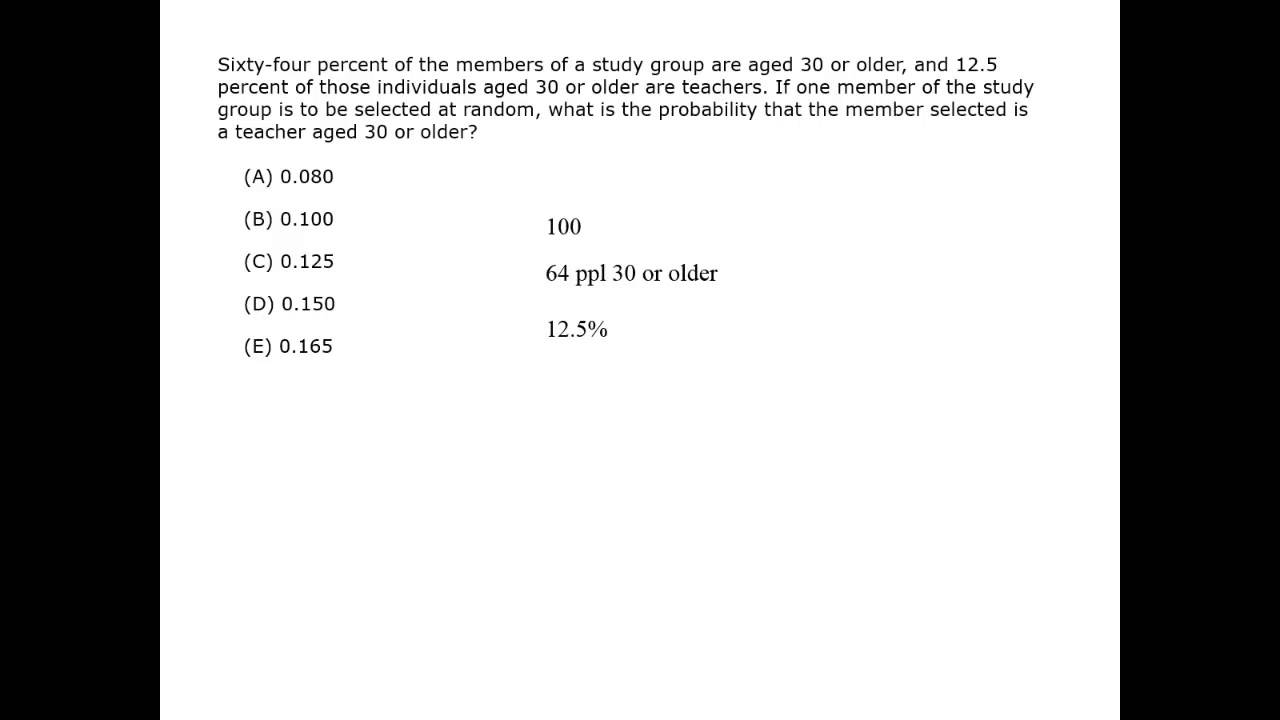 Before attempting these problems, be sure to review this section on data sufficiency questions.

What GMAT score would you get? Take a free diagnostic GMAT with videos and tutor support.
Take a Free GMAT
INDEPENDENT EVENTS →