A ratio is used to compare two quantities.

The ratio of numbers a and b can be expressed as:

For example, if there are 2 oranges and 3 apples, the ratio of oranges to apples is 2:3.
The ratio and fraction of oranges to the total number of fruits is 2/5.

(a) What is the ratio of wins to losses?

(b) What is the ratio of wins to games?

Orange concentrate is diluted with water to make juice that is 1/5 concentrate.

(a) What is the ratio of concentrate to water?

(b) What is the ratio of water to juice?

(a) Juice that is 1/5 concentrate means that the total amount of juice is 5. One part of that total 5 is concentrate. The amount of water is total juice minus concentrate, so 5 – 1 = 4. The ratio of concentrate to water is 1 : 4.

(b) The fraction of concentrate in the total amount of juice is 1/5. Water makes up the rest of the juice, so its fraction is 4/5.

Ratios can be between more than just two terms. One way to look at the relationship is that they are all multiples of one value.

Red, blue and yellow marbles in a bag have a ratio of 5 to 2 to 6. After removing the red marbles, there are 32 marbles left in the bag. How many red marbles were in the bag?

Use the total number of marbles in the bag and the ratio of just blue plus yellow.

The correct answer choice is (C). 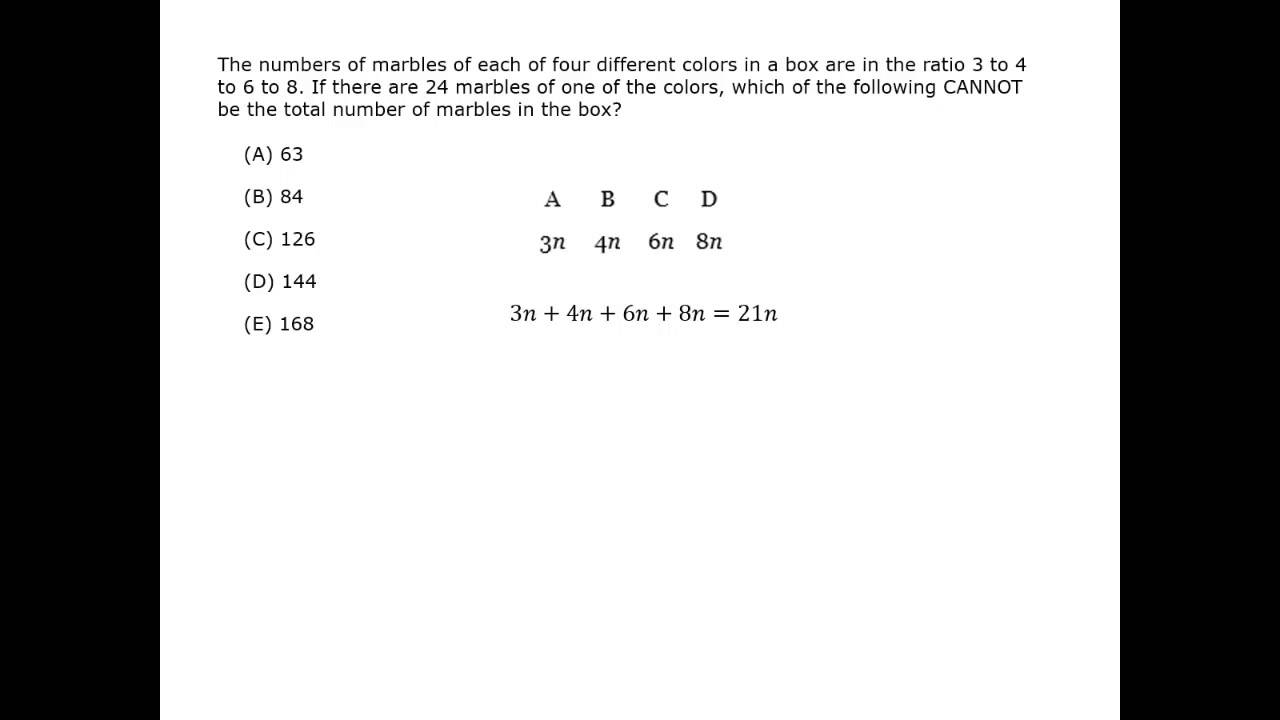 A proportion states that two ratios are equal.

A proportion comparing two ratios can be expressed as:

You can solve for any term in a proportion: a, b, c or d.

If 100 dollars can buy 0.07 grams of a rare radioactive material, how many grams can you buy with 106 dollars?

Write the question as a proportion.

The correct answer choice is (C).

When two quantities are directly proportional, both values increase or both values decrease.

Two quantities are inversely proportional if one decreases when the other increases.
One value is equal to a constant divided by the other, or:

This can be rewritten as:

Here are some examples of inverse proportions:

This represents a direct proportion: both the distance and time increase.

This represents an indirect proportion: as the speed decreases, the time increases.

It takes 4 men 6 hours to repair a road. Approximately how long will it take 7 men to do the job if they work at the same rate?

This represents an indirect proportion: as the number of workers increases, the time decreases. 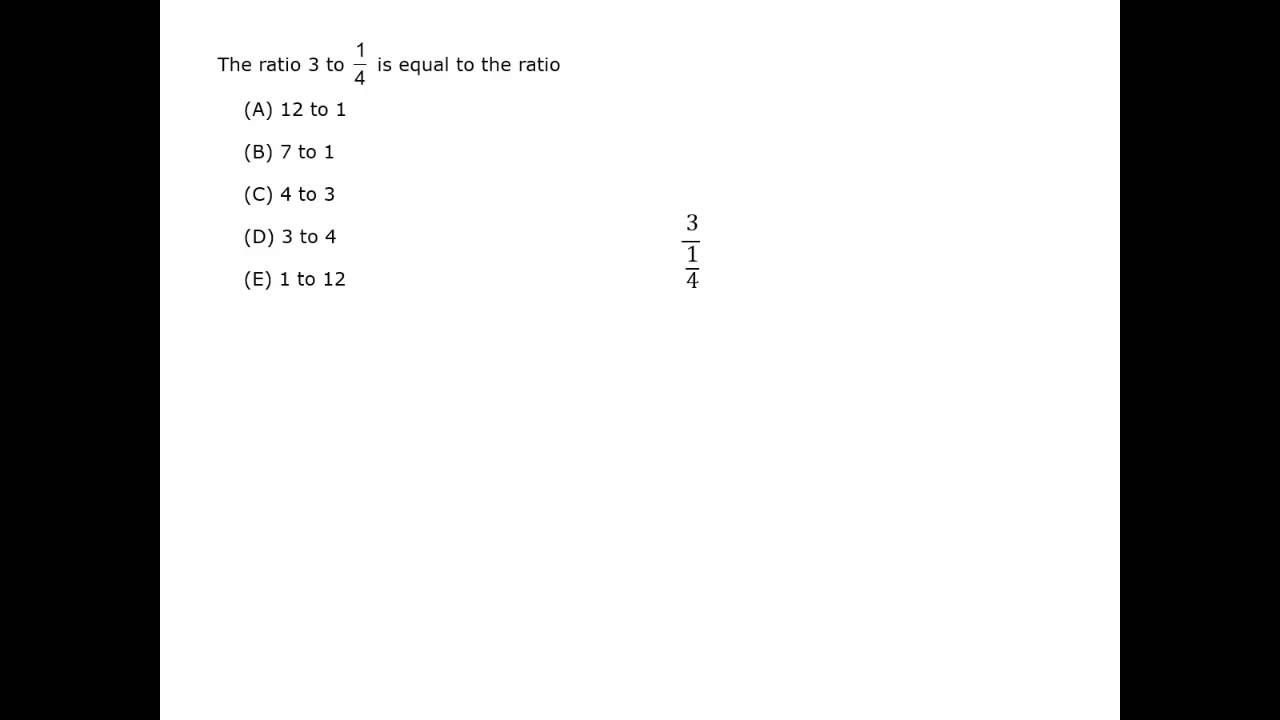 Before attempting these problems, be sure to review this section on data sufficiency questions.