When two non-zero integers are multiplied, each integer is a factor of the product. The integer a is said to be divisible by the integer b if b is a factor of a. This means a can be divided by b with an integer result (meaning there is no remainder).

By factoring a number, you break it down into as many factors as possible. When a question asks how many factors a number has, always remember to include:

The greatest common factor (GCF) is the largest factor (divisor) for two numbers. GCF can be used to reduce fractions to simplest form.

How to get the GCF:

A multiple of an integer n is the product of n and any integer. To remember the difference between factors and multiples, use the mnemonic “Fewer Factors, More Multiples.”

LCM can be used to find the common denominator for adding or subtracting fractions.

A fraction is a number of the form ±\dfrac{\textit{a}}{\textit{b}}​, where a and b are positive integers. The number a is called the numerator and b is called the denominator.

To simplify fractions, one method is to use the GCF (greatest common factor). Divide the numerator and denominator by the GCF to reduce the fraction. The GMAT always puts fractions in the lowest possible terms, so you should reduce any fractions to the simplest terms before going to the answer choices.

Mixed numbers are numbers that are an integer plus a proper fraction.

How to multiply fractions:

A multiple of an integer n is the product of n and any integer. To remember the difference between factors and multiples, use the mnemonic “Fewer Factors, More Multiples.”

An easy way to compare fractions is cross multiplication. Multiply the numerator of one fraction by the denominator of the other fraction and compare the products.

Decimals are numbers written using the base-ten place-value system. Each place value is 10 times the value to its right. 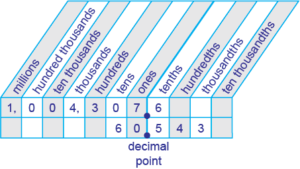 For the specific digit:

For other fractions, use the fraction bar as a division symbol.

To add or subtract decimals, use a vertical format and line up the decimals. You can add trailing zeros as placeholders at the end of a decimal to make the alignment easier.

Exponents express the multiplication of a number by itself. The exponent says how many times the number, called the base, is used as a factor. An expression that has a base and exponent is called a power.

You should memorize these powers that appear frequently on the GMAT to save time on test day:

There are many rules when it comes to evaluating and manipulating exponents. Be sure to memorize these rules for the GMAT.

Looking at the answers before starting to solve the problem is a good strategy for questions with exponents.  You may match the answer format by just simplifying or estimating, rather than calculating to get a value.

As with exponents, you should memorize common roots for the GMAT. Luckily, since roots and exponents are connected, knowing the powers also tells you the value of the root. For any positive integer n, the nth root of a number x is r such that rn = x.

When a base is a non-negative number, fractional exponents are another way to indicate a root.  When the exponent is a fraction, the numerator says what power to raise the base to, and the denominator says what root to take.

Not all roots are possible.  For example, \sqrt{-4} is impossible since no number raised to an even power is negative.  But odd roots of negative numbers are possible.

In order to avoid double-value of even roots, the radical sign with even degree is a non-negative value only.

Not all roots yield an integer. It is usually enough to just simplify expressions by factoring rather than multiplying to get a value. 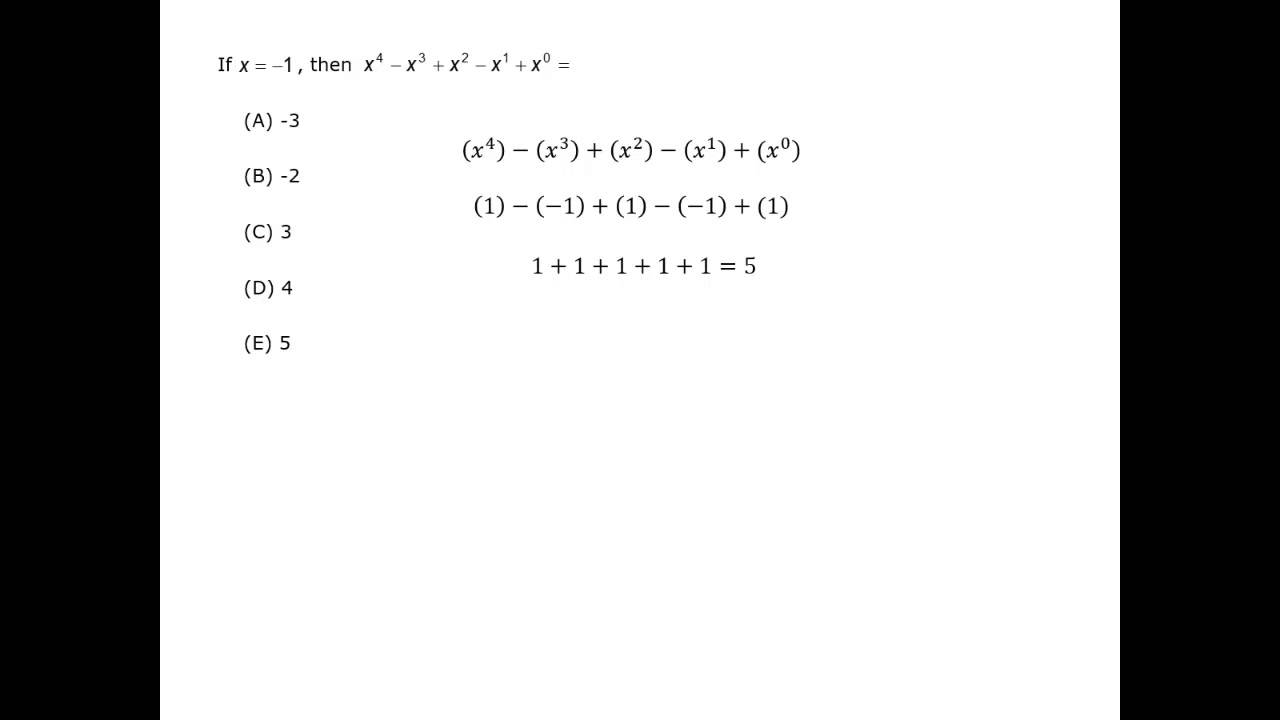