Comparisons are a special case of parallelism. A number of comparison-specific constructions call for you to always express ideas in parallel form. These constructions include:

X or Y can stand for as little as one word or as much as an entire clause, but in every case, the grammatical structures of X and Y must be identical. For example, this sentence violates the rule by mismatching verb forms:

This is a comparison governed by the structure Either X or Y, which requires parallelism between X (“drinking”) and Y (“to eat”). Both verbs must be in the same form; because they aren’t currently in the same form, one must be adjusted.

Both X and Y are now in the –ing form. While in many cases, you could use two infinitives – to drink and to eat – this particular context calls for two gerunds (verbs acting as nouns).

Neither an interest in history nor to be adept in a foreign language is going to help you learn to sing.

This sentence lists two talents one could possess in a neither/nor format. They are not, however, in the same form.

In this sentence, a noun is compared to a verb. Though it’s a different kind of mistake than the missing-information and verb-form errors we’ve looked at, it should be dealt with in the same way: by changing one of the forms to match the other.

Both X and Y are now in the same form: an interest and adeptness. These two nouns make the comparison balanced and grammatical.

When you see comparison structures like Either X or Y, Neither X nor Y, or Not only X but also Y, check to make sure that X and Y are parallel.

Match nouns with nouns, verbs with verbs, etc. Make sure that the basis of comparison is the same for X and Y. 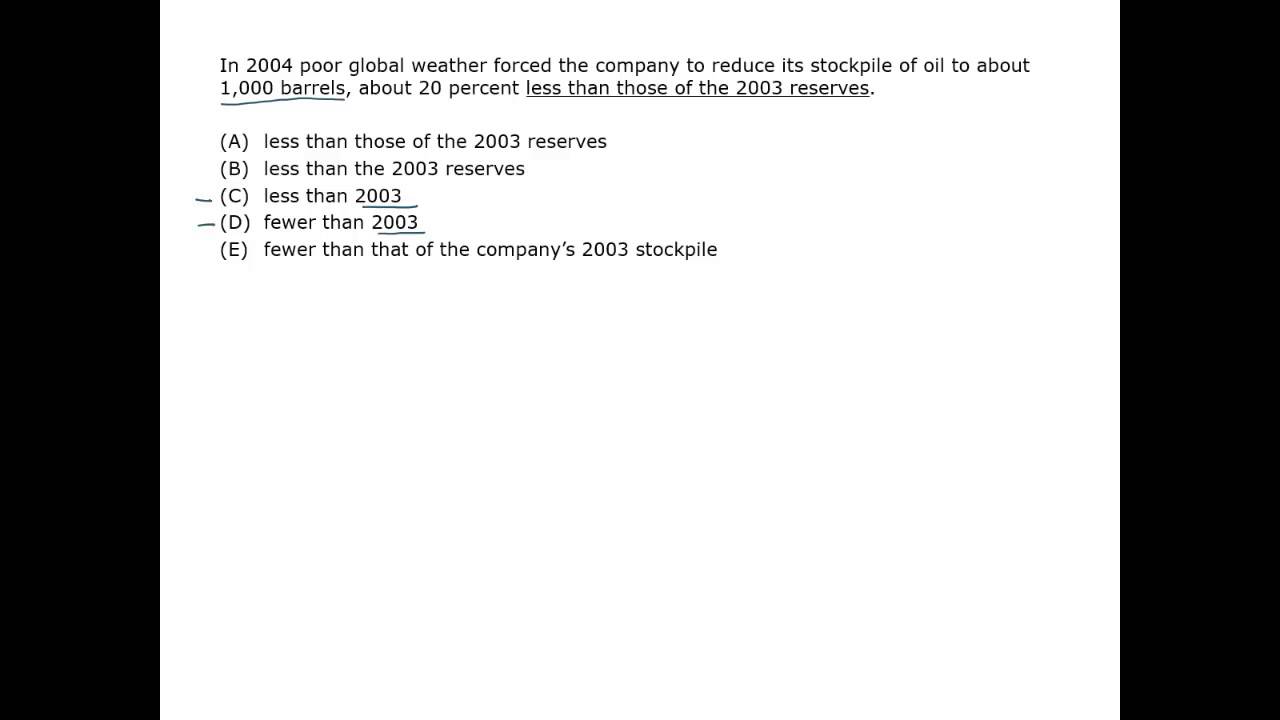