You’ll often see a list of three verbs, in which two agree, but one does not. In order for the sentence to be correct, all three verbs must agree:

Patty ate macaroons, drank soda and was dancing the tango.

This graphic identifies each verb form in the sentence: there are two singular, simple past tense verbs (ate and drank) and one singular, past progressive verb (was dancing). Because the verbs are placed together in a list, this cannot be correct. The verbs should all match:

This version correctly changes the mismatched past progressive verb was dancing to the simple past tense danced so that it matches the tense of the other verbs in the list, ate and drank. This sentence now exhibits proper parallelism.

The verb to program must be changed to programming because the rest of the verbs are already in the -ing form.

You’ll often see lists of infinitives on the GMAT. These are the “to ___” verbs (to walk, to talk, to eat, to chat, to drink…). With infinitives, a very simple rule applies: the word “to” must either go only before the first verb in the list, or before every verb in the list.

The first two sentences are equally acceptable variations. The third sentence is incorrect because it lacks consistency; the verb changes from to swim to sail, and then back to to dance. This violates the rules we’ve laid out.

The principle governing lists of infinitives applies to any words that might come before each item in a series: prepositions (in, on, by, with), articles (the, a, an), helping verbs (had, has, would) and possessives (his, her, our). Either repeat the word before every element in a series or include it only before the first item. Anything else violates the rules of parallelism. 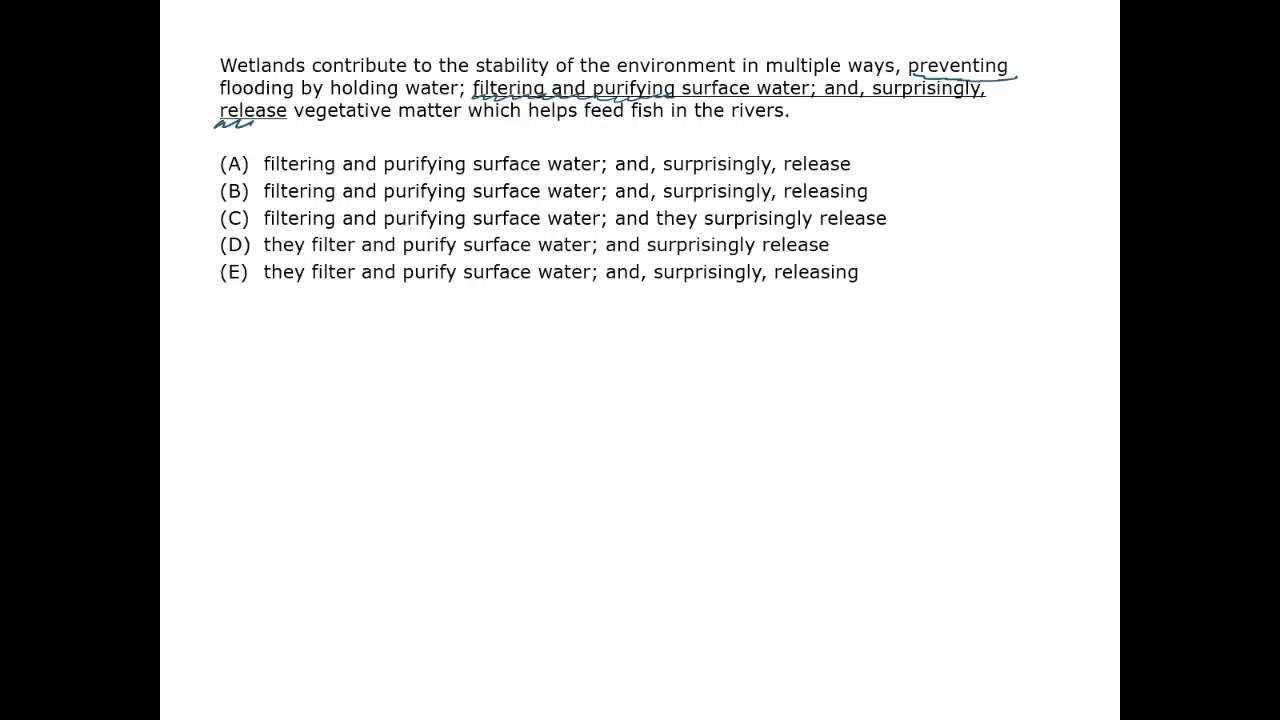